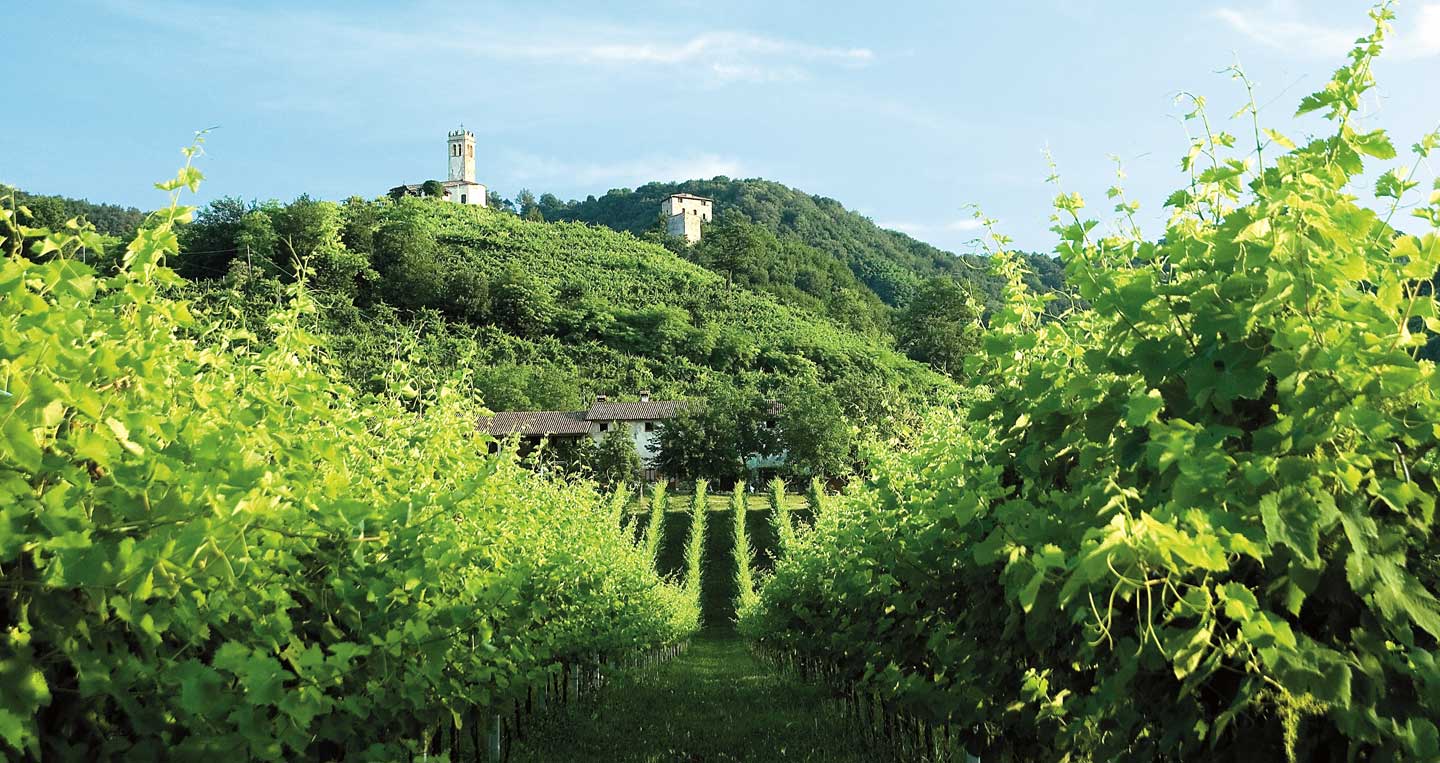 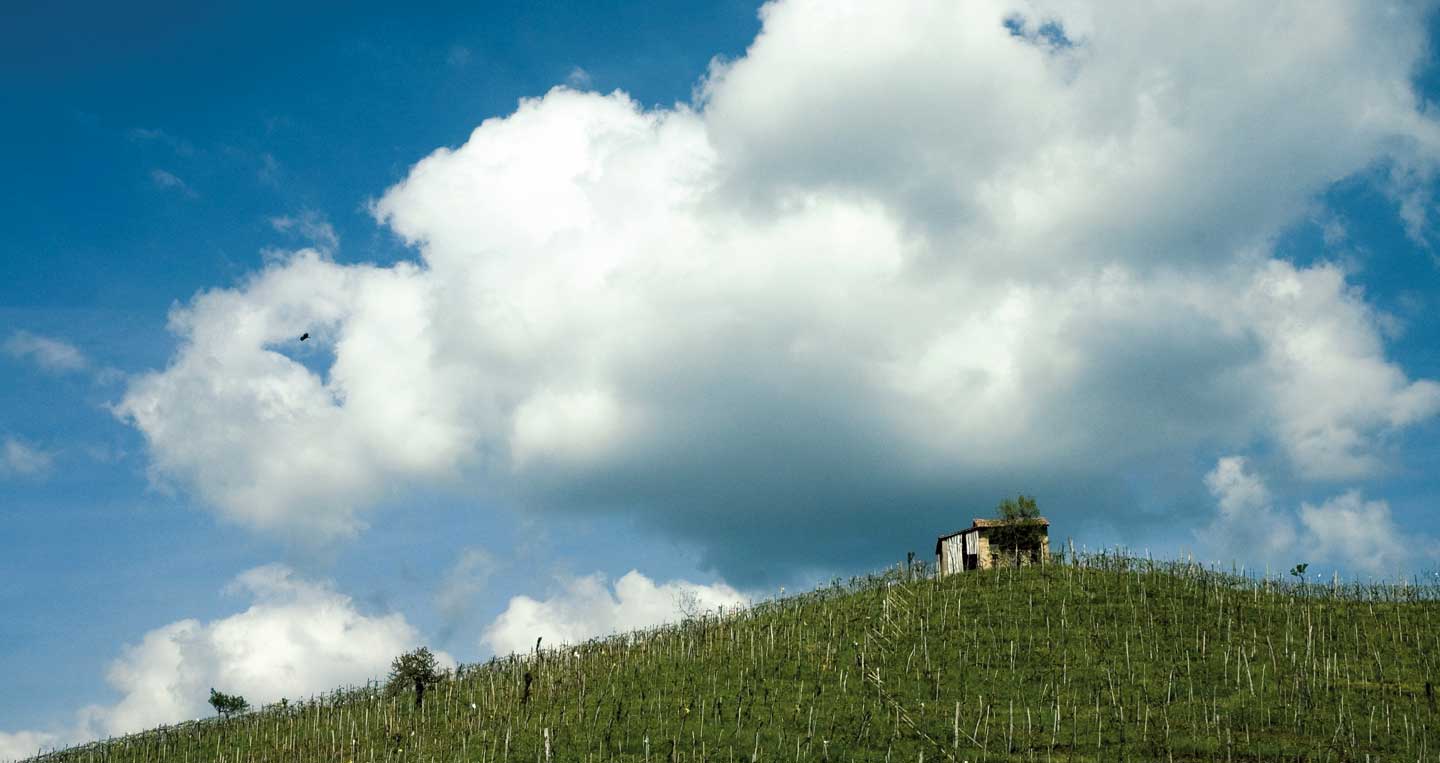 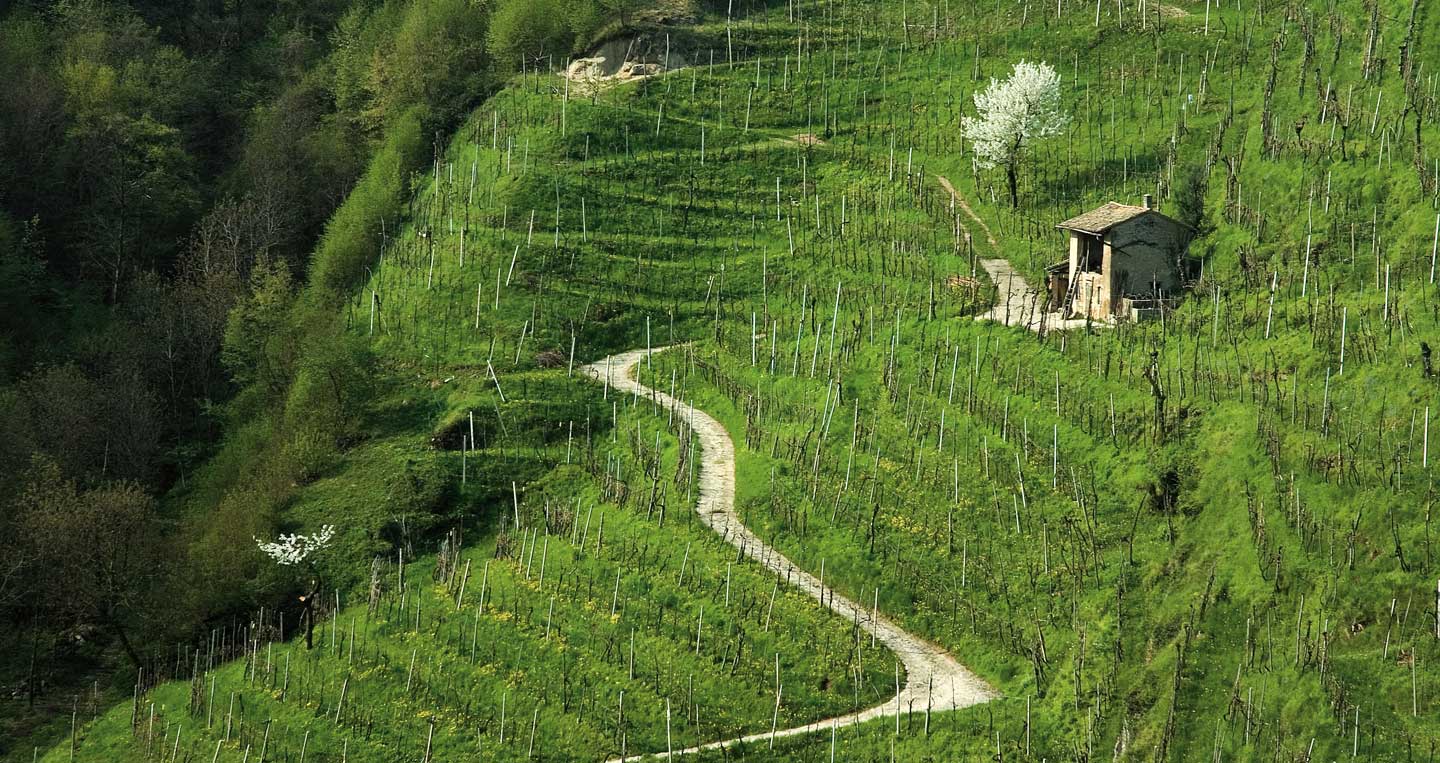 Valdobbiadene is a land to be “tasted”.  The eno-gastronomic aspect is actually in close connection with the territory. Thanks to the coexistence of different kinds of soils, the steepness of the hills and the position close to the Prealps, this territory is particularly suitable for the cultivation of  superb vines. Being located halfways between Venice and the Dolomites, and very close to the towns of Conegliano and Asolo, the growth of  the center of Valdobbiadene has developed since the Middle Ages. The origins of the oenological tradition of  this territory can be dated back to the end of the 18° Century.

But only after the introduction of the DOC appellation in 1969 Valdobbiadene (together with Conegliano) obtained the status of   Capital of Prosecco.

The roots of viticulture date back to past centuries, and similarly the vines plunge their roots in the ground and  find their nourishment in a terroir which is naturally  rich in iron, clay, conglomerates of rocks and sand.